Todd Returns as The Boy From Oz. 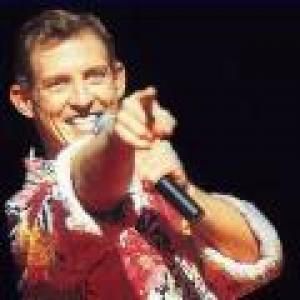 Todd McKenney,  the original Peter Allen in The Boy From Oz, has decided that 766 performances is not enough.

He's reprising the role with The Production Company in Melbourne at the State Theatre from August 18 until 22.

This is  the first fully professional production licensed by my company and I am honoured that Jeanne Pratt AC, Chairman of The Production Company, has described the season, including  productions of Sugar and The King and I,  as her "best yet."

The Show Must Go On

If Todd  needs a night off then some other boys might be tempted to head down to Melbourne to audition.

Adam Fischer ( pictured here with Justus Bacic-Johnston)  from the Roo Theatre on the NSW South Coast  almost needed an understudy. He severely twisted his ankle during the company's season last month.

He continued the run of the show with a  discreet hobble.

Other 'Boys' will dance  up a storm  this year on the  NSW Central Coast with  the Gosford Musical Society,  in the Newcastle Civic Theatre with  the Metropolitan Players, in the A.C.T with the Canberra Philharmonic Society ,  Spotlight Theatre Gold Coast,  The Port Macquarie Players,  The Blacktown City Community Theatre in Sydney's west,  and Don Hillam Entertainment Wagga Wagga.