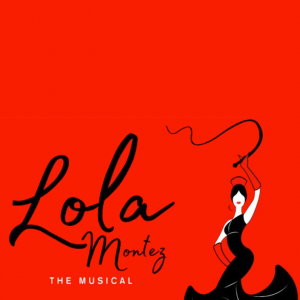 Lola Montez was the Madonna of the 19th century.

A popular singer and performer who outraged the establishment by taking off some of her clothes on stage in her famous spider dance.

"They storm my web and beg a night of bliss. Then die in rapture at my poisonous kiss. Beware. Beware"

When the aging temptress left her celebrity lovers in Europe and toured the gold fields of Ballarat - miners covered her stage with Gold nuggets.

But the Editor of the Ballarat Times gave her act a panning. Lola responded by horsewhipping him in public.

Lola Montez the musical was first staged by the Elizabethan Theatre Trust in 1958.

It has been revived more than 100 times by community theatres since then.

The musical in the style of a Rodgers and Hammerstein production includes the most recorded song in Australian musical theatre history - Be My Saturday Girl.

Sadly all three of the original writers have passed away but now 60 years since it opened Lola is back! lolamontez.com.au

HOLD THE FRONT PAGE OF THE BALLARAT TIMES