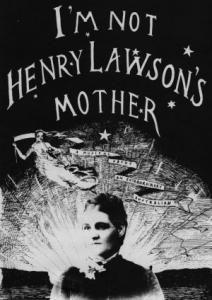 Louisa Lawson was a woman of magnetic personality, a gutsy young bush wife, a pioneering Republican and one of Australia's early feminists. In May 1888, she issued the first edition of The Dawn, the first magazine devoted entirely to women's issues and yes SHE WAS Henry Lawson's mother Australia's most famous writer. This musical began life as a work sponsored by the Grenfell Amateur Dramatic Society and was the centrepiece of the 1994 Henry Lawson festival .It later played a season as a solo musical at the Stables theatre in Sydney under the title Mad Louisa Lawson. It has now been re-written as a musical for clubs and all girl schools. The music is catchy and there is great humour, particularly inside the Mental Asylum where poor Louisa ends up.

14 Women or you have have some men in minor roles and chorus.