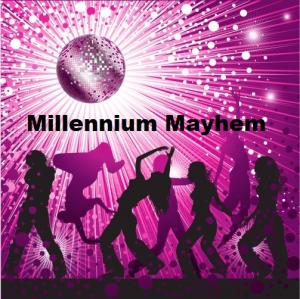 It’s time to party, because it’s 1999! Jess Lo is hosting the best millennium party ever.

Every cool celebrity is invited and it is set to be linked via satellite around the world.  But organising the party and sorting out her love life causes Jess Lo's grades to drop in her final year at school.

Will her parents or the Y2K Bug finally end  the Millennium Mayhem?

It’s time to party, because it’s 1999! Jess Lo is hosting the best millennium party ever! Everyone cool is invited, including celebrities.

The party is set to be linked up via satellite around the world.  Jess and her gang become obsessed with the New Year‘s Eve bash, they affectionately name, “Millennium Mayhem.”

Embroiled in a love triangle with her best friend Jade (the new emo goddess) and Ryan (her suddenly hot neighbour) plus with her growing popularity, study is the furthest thing from Jess’s mind.

Grades drop, parents freak, friendships are questioned and The Y2K bug might just end them all. There is a main cast of 17(10 girls, 7 boys). The chorus can be made up of 5-90 people.

Jess Lo: The hostess of the party of the millennium. Nice (except to Blair) and pretty. Thinks she owns Ryan. Jess becomes meaner and more conceited as her popularity rises.

Jade McGregor: The stunning emo goddess that has just arrived in town to rock everyone’s world. Jade comes across as tough, but is sweet underneath.

Ryan Miller: The semi-emo guy next door to Jess, who has suddenly become attractive. Is famous for relentlessly pursuing Jess, but finds his true soul mate in Jade.

Karen Lee: School captain, girlfriend of Waz. Tries to be responsible, but isn’t.

Red Benson: Ryan’s good friend, a bit of a bad boy, a rapper.

Mr. Rob. E. Williams: The caring teacher who is a total pushover in the discipline stakes.

Mrs. Stern: The mean Principal of Stage Rock High School who looks about 200.

Justine “Jinx” Spinx: Friend of Jess and Jade, not the sharpest tool in the shed.

Blair Harper: A nerdy guy who hovers around the group and is in love with Em. Gets bullied by Jess but takes it in his stride. Has an IQ of about 3000.

You've got me crying.